A Tale of Incan Apu's and Climate Change 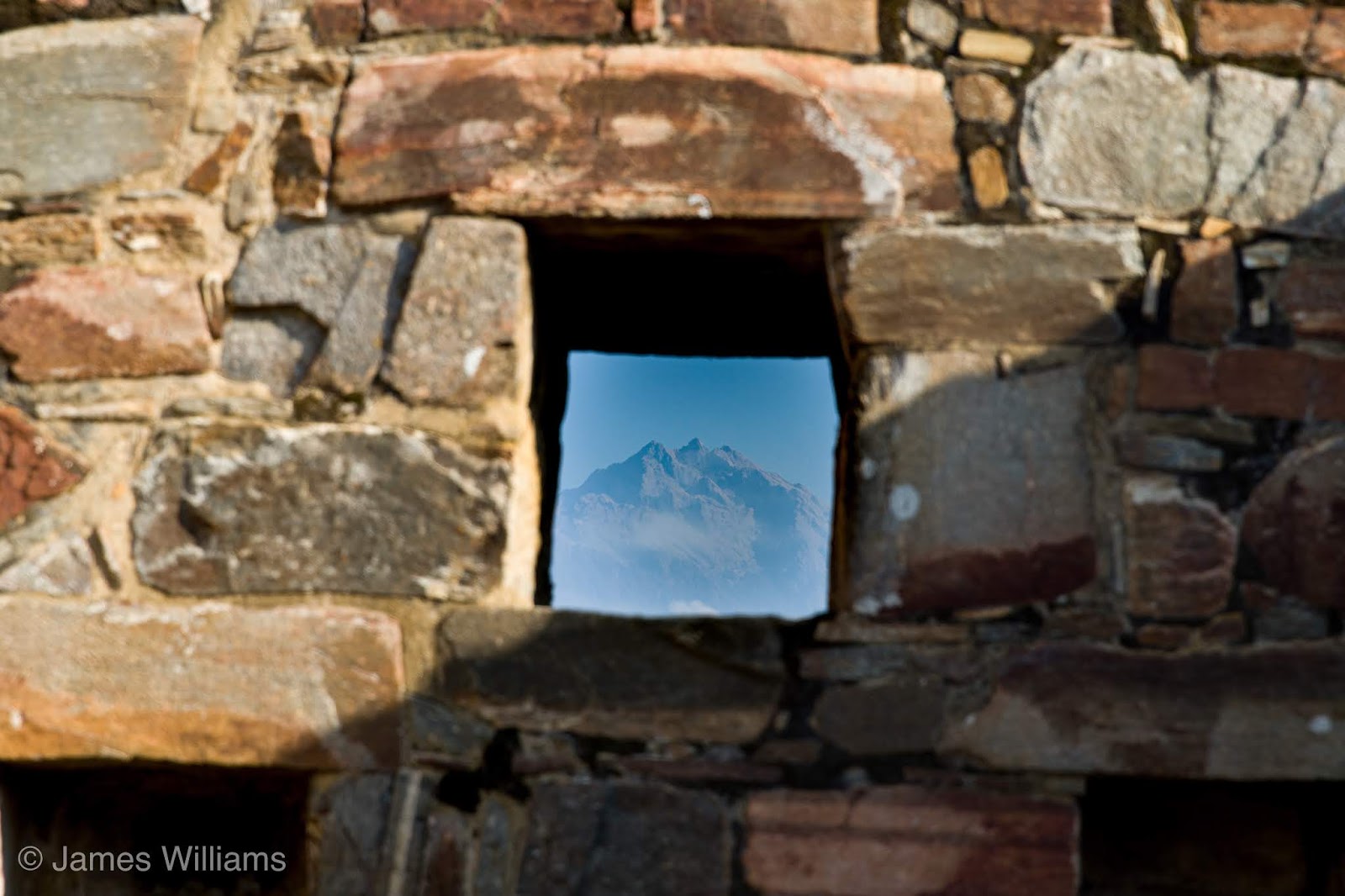 Henrik and I woke just in time to watch the sunrise over the Peruvian Andes landscape. The sky was hazy from nearby farmers practicing their centuries old tradition of slash and burn along the terraced mountain slopes. The sun crested the mountains and rays of light pierced the hazy sky. We were in a small mountain valley town called Cachora. Our stomachs were filled with butterflies and we were anxious about what lay ahead in the upcoming days. In the upcoming days we would be traversing the Apurimac River Valley, by foot, to tour the ancient Incan city of Choquequirao.

As we caught our shuttle to Chiquiska, we weren’t sure what was in store for us, but we were excited to start walking. In Chiquiska we obtained our permits for the hike. We also met up with our guide, Christian. Christian was a young man, fresh out of college. In college, Christian studied English and tourism. He was also from the village of Marampata, which we would be traveling through.

Our plan was to spend two days walking, a full day touring Choquequirao, and then spend two days walking back to Chiquiska. Along the way we would traverse the Apurimac River Valley. The Apurimac River is the border of two Peruvian states. The Apurimac side of the river was arid. There are few trees, but there is a lot of dry tall grass. When the sun hits the grass just right, the mountain landscape glows a golden shade of brown. The few areas that do have trees are where villages reside. These villages are strategically aligned to where there are stream flows from glaciated mountains far above the villages. The Cusco side of the river quickly turns into a cloud forest as you ascend the valley. There are numerous villages on the Cusco side of the valley, where the family’s farm and raise chickens, llamas, alpacas, and sheep.

We started our walk. The trail starts off as a shallow descent into the mountain valley. The Apurimac River was approximately 4,000 feet below us at the bottom of the valley. Quickly, the trails started snaking back and forth into switchbacks. Once in the bottom of the valley we were able to look up at both sides of the valley and down the valley and see many glaciated mountain peaks in the distance. Their white peaks sometimes blending in with the clouds or the smoky haze from the burning terraced mountainside fields. Other times, the peaks were starkly contrasted against a deep blue sky. My curiosity got the better of me and I started asking Christian about the names of some of the glaciated peaks. I pointed at one particular mountain far in the distance. It was by far the biggest glaciated peak in the distance. “What’s the name of that mountain”? I said. Christian replied that that mountain was called Pumasillo, which is Quechua for puma claw, and it is an Incan Apu. Apu’s were mountain deities. The Inca considered these sacred mountains because they protected Incan mountain cities and they provided the cities with life. This is something that I understood about Apu’s, but I never was able to grasp what made one mountain peak more significant over any other nearby mountain peak. Christian also pointed at a number of other Apu’s that lacked snow capped glaciers. He mentioned that they used to be glaciated, but over the course of his life time, the glaciers had completely melted. As we started our ascent up the incredibly steep Cusco side of the Apurimac River Valley, Pumasillo remained in plain sight nearly the entire way.

We spent the prior two days walking, descending, and climbing the mountain valley. It was hard work and it was taking its toll on my body. My muscles ached, but on the third day we got up early to start our tour of Choquequirao. Choquequirao is often referred to as the sister site of Machu Picchu. It shares some similarities Machu Picchu in that it’s an ancient Incan city built on top of a mountain in the cloud forest with the Apurimac River flowing in the valley below. Choquequirao blew me away. It’s every bit as big as Machu Picchu, but it attracts very little traffic as the only way to and from this archaeological site is by walking the trail that we took to get there. It’s only partially excavated. When exploring the borders of the ancient city it became very obvious that the city continued beyond what was visible on the surface. Still hiding under the thick lush jungle was the continuation of the city. Terraces, used for farming and agriculture, spanned the entire height of mountain sides. Aqueducts funneled water through the city from neighboring glacial streams. The buildings had very few windows with views outside of the city. The few windows that were present had exclusive views of the regions Apu’s. Choquequirao was surrounded by Apu’s.

Henrik, Christian, and I entered the priests quarters in Choquequirao. This was one of the very few buildings with external windows. They had the very best views in the ancient city, with views of Pumasillo. It’s glaciated peaks were beaming at me through the window. All of a sudden, I started thinking about all the glacial streams that we passed along the way. Almost all of the glacial streams ran through villages. All of the Incan cities that I’ve seen to date utilized aqueducts to divert glacial water through their cities. Apu’s were glaciated mountains. They provided life by giving life sustaining water to the Inca and their modern day relatives.

I’ve been fascinated by Incan culture for a long time. For the first time on this trip, I was able to completely understand the significance of what made a mountain peak an Apu and what did not. I was also able to understand the climate change impact that we are having on the planet by witnessing Apu’s that are not longer life sustaining. It’s not a trip or a lesson that I will soon forget.